A Few Words About My New Job

I realized recently that, while I have probably informed you about my new job and my family's subsequent move to Bozeman, Montana, I have never really given any details about the nature of my job. What do I do? Where do I work? With whom do I work? How did this job come about? So, here goes...

Ironically, I first heard of this new job on Labor Day. As I was heading to my fantasy football draft I received a phone call from an old friend and colleague named Gary Cook. Gary informed me that he was looking to fill his assistant director position at The Rock Youth Center and was wondering if I would be interested in interviewing for the job. I was initially hesitant. While I knew Gary would be a good boss and the job would assuredly be fun, I was wary about returning to the world of youth ministry. I was presently pursuing the path of ordination and was en route for jobs as a senior pastor.

I told Gary I would think about it, but not to hold his breath.

As I thought about it more, however, and conversed with Gary again, he began to win me over. He made it clear that the church/youth center would like to fly me, Mandy, and Zoe out to Bozeman for an interview. Mandy and I had begun to sense that this might be the right fit for us, so we agreed to the interview. During the course of our 4 or 5 days in Bozeman, we were convinced that this was the direction that we were meant to take with our lives. We spent time with Gary at The Rock and Pastor Jay Smith at the church and were confident that this was the right decision.

We were moving to Bozeman.

I officially began at The Rock on Monday, January 7, so today marked the beginning of my fourth week of work. I am technically the Associate Pastor for Students and Community at First Baptist Church, but many of my hours are spent doing work as the Assistant Director at The Rock Youth Center. For now, I am concentrating on my work at the youth center, but as times goes on I will have the opportunity to be increasingly involved at the church.

Like any new job, the first few weeks have been a slow process of learning about how things operate at The Rock, getting my work space in order, and taking care of important, yet menial, tasks like signing a contract, doing health insurance paperwork, and getting on the company credit cards. I have also been getting to know the students, our volunteers, the members at the church, and some of the other youth pastors in Bozeman. But now, as I am beginning to settle into my role, my boss, Gary, and I are beginning to dream about the future of The Rock -- the next chapter in its history. In the immediate future, we are planning to host more regular special events at The Rock that might attract a more diverse crowd of students. Our first event will be an Open-Mic Night in a few weeks. On a more long-term level, Gary and I are beginning to discuss the possibility of First Baptist Church finally having its own youth ministry.

It's been so nice to dream again.

As you can imagine, I am incredibly excited and passionate about the job in which I've found myself. Both the church and the youth center are at pivotal points in their histories where they have the opportunity to envision and create new and glorious futures. I'm glad to be along for the ride and a part of the process. I'll keep you informed about how the dreams are unfolding.
Posted by Jason Bowker at 10:09 PM 1 comment: 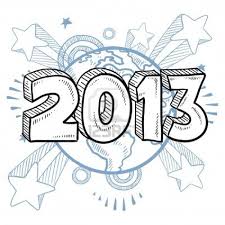 On this first day of 2013, it seems appropriate to write about my goals and resolutions for the year. Last year I had about 5 or 6 things I was hoping to accomplish, but was relatively unsuccessful at bringing them to completion. Let's hope for a little more resolve this year. So, without further ado, here are the things I hope to be about in the coming 12 months.
_____

Having been away from full-time vocational ministry for while, I am both excited and nervous to jump back in. I can sometimes error too much on the side of practicality, so, as I begin my new job, I want to stay open to the creative process. I don't know my new colleagues that well yet, but it seems like they are dreamers and visionaries, and I am excited to dream with them about how God's beautiful Kingdom might burst forth with good news for the people of Bozeman.

2.  Embed myself in the Bozeman community

I believe strongly in the importance of place, so with Bozeman becoming our new place, I want to invest fully in knowing and loving this new place. I want to participate in its activities, understand its ethos, and love its people.

Mandy and I have been pretty transient over our 8 years of marriage and while its been a fun and exciting journey, we are very ready to plant some roots and stay for a while. We are planning to meet with the bank and a realtor soon and start the daunting task of purchasing a home. So sweet!

The hardest thing about leaving Seattle was leaving our friends. We made some AMAZING friends during our 5 years there and were so sad to say goodbye. While these friends will never be replaceable, we are hopeful that we will meet some similarly life-giving friends in Bozeman over the next year. Hopefully we will quickly connect with people of all ages, but especially young families who are sharing our current life-stage and have kids that are Zoe's age.

This was one of my goals from last year that I actually completed, but I wanted to throw it on the list again this year. Many of my books last year were about the birth process or parenting, so I am excited to read more ministry-related books this year.

Zoe is about to reach the age where she would be able to participate in some spiritual activities, so Mandy and I are going to try to develop and commit to an ongoing way of life where Zoe can learn about the way of Jesus and start to be shaped into a follower of the Way.
_____

I'm sure I'll be writing plenty about these goals throughout the year, so I'll let you know how I'm staying true to my resolutions. Happy new year everyone and here's to a great 2013.
Posted by Jason Bowker at 10:32 AM 3 comments: