The Problem of Perfection 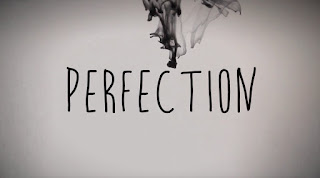 This week, as I continue to process our trip to Chicago and dream about new forms of worship at our church, I’ve found myself thinking about perfection. You would think the drive for perfectionism would be a noble pursuit. You would think striving for our Sunday worship gatherings to be polished and flawless would make them better and more successful. And yet, as  Brené Brown shares, “We are successful in-spite of our perfectionism not because of it—that it actually holds us back even though it feels like it’s helping protect us.”

The worship gathering we traveled to Chicago to observe—a Sunday evening service called The Practice—was perfect and polished. The band was well-rehearsed, the decorations and room set-up were precise, and the preacher was a professional author and speaker. All went according to plan and was perfectly led, and yet, the service lacked heart and passion, and left us uninspired.

Meanwhile, the Sunday morning worship gathering we attended—at Peace of Christ Community Church—was far from perfect. It was well-planned and beautifully-led, but had plenty of improvisation and mistakes, whispering children and imperfect transitions. Yet, we left our time of worship inspired and encouraged, caught up in something profound and transformative. They obviously weren’t concerned with perfection, and we weren’t bothered by not finding it. Peace of Christ was more concerned with honesty, vulnerability, transformation, and real connection, with God and one another. And it showed. It was deeply moving.

You could tell they loved each other and were committed to the journey of Jesus together. They hugged and cried and shared profound stories of God’s work in their midst. They blessed each other, wished peace upon one another, and prayed over their community. Heck, even their style of sermon invited response and conversation. The whole gathering was a threat to perfectionism, and yet, it was beautifully and inspiringly real.

Sure, Jesus instructs us to “Be perfect, as your heavenly Father is perfect,” but this is an invitation to love perfectly, not to play church perfectly. Love is challenging; and even perfect love is messy. But that’s the good stuff. That’s where the real transformation happens—not in the perfection, but in the messiness of honesty, vulnerability, and real connection. As Mat Kearney (my favorite musician) says about his creative work, “When I think about my favorite work, flaws and perfection weren’t even on my mind. I was moved by the passion and spirit of what I was working on.” Perfectionism can rob us of the passion and spirit that makes worship so formative as followers of Jesus.

So, again, I’m not sure what this new, experiential, practice-based worship gathering will ultimately become. But I’m definitely not interested in it being so perfect and polished that it lacks the transformative power of honesty, vulnerability, and real connection. I love that our Sunday morning gatherings have room for mistakes. I love that our musicians sometimes begin in the wrong key and have to start over. I love that we can add in an extra song at the last minute because the sermon went short. I love that our worship feels real, and will certainly want that for the new worship gathering we are dreaming about. Let’s commit to never losing the passion and Spirit of God in our quest for flawless worship.
Posted by Jason Bowker at 2:50 PM No comments: