Even When It's the Worst...

Yesterday I preached about joy. And more specifically, how joy is different than happiness. I talked about how happiness is almost entirely dependent on our conditions and circumstances. If things are going well in our lives—relationships are good, work is fulfilling, bank accounts are full—then we are happy. But if not, sadness ensues.

But the beautiful thing about joy is that it is independent of our conditions and circumstances. Even if happiness evades us, we can still find joy. Joy comes from a hopeful, peaceful contentment in God, and thus, can be found even in the midst of sorrow, grief, pain, and unhappiness.

For those who weren’t there, yesterday was also our Children’s Christmas Program, which meant my sermon was drastically shorter than usual. Had it been full length, I would have showed a funny, insightful video from this week’s episode of Saturday Night Live. The sketch never actually mentions happiness or joy, but it perfectly illuminates my point—that even when everything goes wrong around us, we can still find joy. Please watch and enjoy!

So, this Christmas season, may you find joy even in the midst of unhappiness. May this Christmas be the best…even when it’s the worst.
Posted by Jason Bowker at 3:18 PM No comments:

We All Need More Peace 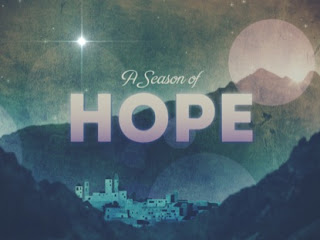 These seventeen verses may be dry and dull to read, but I love them because they are the imperfect story of God’s perfect sovereignty. And that’s something to be hopeful about.
Posted by Jason Bowker at 3:06 PM No comments: