While I love discussing deep, theological ideas and how they play out in the world, I also love just relaxing a watching a Sunday afternoon of NFL football. This year was my first year to play Fantasy Football and it has been a blast. This past week was the first week of the playoffs and it had me nervous that my fantasy season was over. 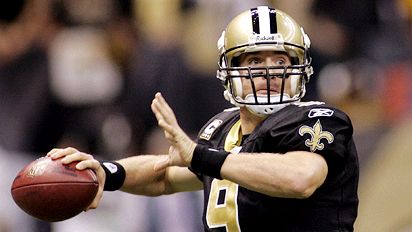 With only 3 players left I was down to my opponent by 75 points, seemingly unsurmountable odds. Two games later, however, I had taken the lead and won the week by a mere 2 points. I now move into the semifinals and if win this week, I will play for the championship. Now some of you may be thinking that this is of little significance. Some of my excitement revolves around my desire to win, but most of my elation over my first-round victory is financial in nature. I had to pay a decent amount to play in this league, so if I can get into the championship game, I think I might get my money back. To quote Cuba Gooding Jr., "Show me the money!"
Posted by Jason Bowker at 10:22 AM