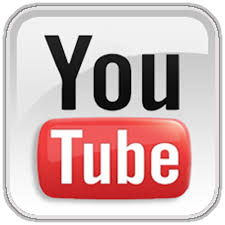 In Mark 4, Jesus tells parable after parable about the nature of the Kingdom of God. Most of his parables in this section are about agriculture and seeds, which is not an area in which I have much experience or expertise. To some degree I can relate to and understand each parable, but there is also a cultural barrier that is difficult to move beyond. As I read, I found myself wondering what kind of parable Jesus might have told for our contemporary generation. Here is a crack at a modern parable about the Kingdom of God:

This is what the Kingdom of God is like. A woman created a personal video that spoke from her passion, interests, and context and uploaded it to YouTube. She had no visions of grandeur about the video's popularity or reach, but simply desired to share her thoughts and dreams with her family and friends. But as the video was increasingly viewed and its network was rapidly enlarged, the video had suddenly gone viral and her thoughts were recognized, honored, and appreciated by millions.


The following was my first draft of this parable. It did not end up as a parable, but more of a metaphor. I thought about just deleting it and never showing anyone, but maybe someone might be interested. It at least serves as a rather obvious and overt explanation of the parable.


The Kingdom of God is like a YouTube video. It starts small - as a personal video that is only viewed by family and friends. Some end their life at this stage, while others enjoy a moderate existence, bearing an average amount of entertainment or illustrative value. But from time to time, as a video is gradually viewed by an increasing amount of people and its network reach is exponentially enlarged, it slowly but surely spirals out of control. The video has gone viral.