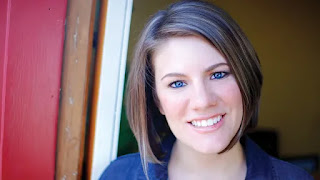 This Saturday morning, the world lost a wise, bold, prophetic voice in the death of author Rachel Held Evans. She had gone to the doctor three weeks earlier for flu like symptoms, experienced an awful reaction to some medicine that resulted in unstoppable brain seizures, and eventually went to be with the Lord this past weekend. She leaves behind her husband, Dan, and two small children.

Rachel was only 37 years old, but had already become a tour de force in the Christian world. Having been raised in a deeply conservative Christian home, she was a gentle and encouraging voice for those transitioning out of fundamentalism and into a more generous and loving way of viewing the world. The number of stories that have emerged from people who had been burned by the church and were on their way out for good—but who found a voice of solidarity, in Rachel, and an encouragement to stay amidst the doubt and questions—is staggering.

Rachel was a New York Times best-selling author, managed an incredibly popular blog, and had been interviewed on The View, The Today Show, NPR, the BBC, amongst many other major media outlets. But more than anything, readers, myself included, felt like they had found a friend to walk with them through a life of faith.

Her death is a terrible loss.

But the saddest thing in all of this (aside from the fact that a husband and two little kids will never see their mom again, this side of heaven) is that Rachel was just getting started. Her most-recent books were shockingly good, so you wonder what else she had inside that brilliant mind. What truth would that next book have unlocked? What theology would have been better explained? Who would that next blog post have helped? How many more people would have chosen to stay in the church and impacted God’s kingdom?

At only 37 years old, Rachel was poised to be one of the primary voices in Christianity for the next 20-30 years. I grieve her loss and pray blessings on her family and close friends as they deal with this terrible tragedy. May her legacy continue to live through the writing she left behind and the people she encouraged. And if you have never engaged with any of her work, please do so.
Posted by Jason Bowker at 10:45 AM