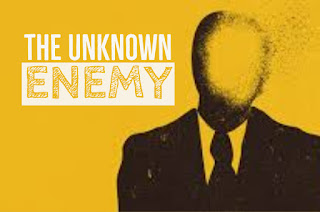 “An enemy is a person whose story we have not heard.”

The origin of that quote is slightly ambiguous*, but I’ve been thinking about those words a lot recently. I don’t think of myself as someone who has enemies, but I certainly don’t struggle to find people I disagree with, am annoyed by, or dislike. I don’t (usually) treat them badly, but I also don’t always engage them with love, hospitality, and a desire for relationship. It’s a character flaw that I constantly work on.

And this unhelpful attitude resurfaced a few weeks ago.

Many of you know that I play basketball a few times a week and we have a pretty set group of regulars that normally attend. But, being a college town, with each new school year we often see a few new players arrive at the gym. And one of those newcomers has been driving me crazy.

He’s good—don’t get me wrong—but he’s not as good as he thinks he is. He rarely passes the ball, he shoots way too much, and he’s generally not fun to have on your team. When on his team, I often find myself checking out of any possession that ends up in his hands, knowing that any effort at getting open will be an exercise in futility. And (moment of confession) it even got so frustrating one day that I found myself subconsciously shouting out, “Pass the ball!”

But that’s where this original quote comes back into play. I realized that the one thing I could change in this scenario was not the other guy, but myself. I had made him an enemy, but I didn’t even know him. I hadn’t taken the time to ask him questions, hear about his life, and make him feel welcomed into our little community of amateur hoopers.

And now that I have, it’s a whole lot harder to treat him as an enemy. I know where he’s from and what his family did for a living. I know what’s he’s studying at MSU and what he wants to do with his life. And while there’s still plenty of relationship-building to be done, just the little amount of time I have invested in hearing his story and starting to know him as a person has diffused my anger and turned him from an enemy to a potential friend. At the very least, he’s no longer a monster and finally a person.

I fervently believe this idea: that ‘an enemy is a person whose story we haven’t heard.’ So, in our quest to live and love more like Jesus, who constantly taught and consistently lived an ethic of enemy love, let’s start our enemy-loving-endeavors by simply getting to know them and hearing their stories. It’s a radical posture in a world that loves to create enemies out of one another, but let’s welcome this radical invitation to hear, know, and love our enemies.

*some call this quote an old Jewish saying, while others contribute it to Gene Knudson Hoffman (a Quaker Peace Activist)