Hope from the Stars 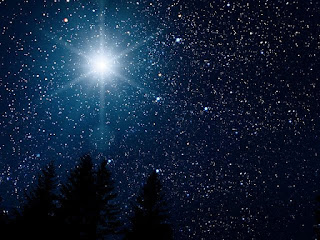 For many of you this won’t be news, but for those who haven’t heard, we’re in store for an exciting astronomical event this month. If you’ve been watching the night sky recently, you have probably noticed two large celestial bodies to the southwest—Jupiter and Saturn (our solar system’s two largest planets)—have been drawing increasingly closer to one another each night. And they’re drawing so near that we’re in pretty rarified air. Jupiter and Saturn get pretty close to each other once every 20 years or so, but on December 21, they will appear closer than they have since the year 1623. They'll be so close, in fact, that the two planets will essentially look like one.

This is extremely uncommon and I’m excited to witness it. But, in my opinion, that’s not nearly the coolest part of this story. There are a few other incredible aspects of this event.

First, this rare occasion where two planets appear (to the naked eye) as one, has a few names: the ‘Christmas Star’ or the ‘Star of Bethlehem.’ And then the second oddity of this story is that this celestial occurrence is just happening to take place on the longest and darkest night of the year—December 21—the Winter Solstice.

So, let’s recap what we know about this story:

I mean, come on! There’s no way that’s all true, is there?! Talk about a reason for hope!

I don’t really think and am not necessarily saying that God is purposefully and intentionally sending us this Christmas Star, the Star of Bethlehem, but it sure seems like perfect timing. We need to be reminded that no matter how dark and bleak life seems, God came before, He’s coming again, and, in fact, He’s already here in our presence.

As you stare to the sky in the coming weeks and then witness this astronomical phenomenon on December 21, may you be reminded that our God is still at work, is still showing up in our lives and our world, and can be hoped on during this long, bleak season of intense darkness. Watch and wait for Him. Hope and dream for Him. Longingly, yet patiently, search for Him. The Hope of the World is coming again—watch and see.