The Counter-Intuitive and Otherworldly Invitation to Peace 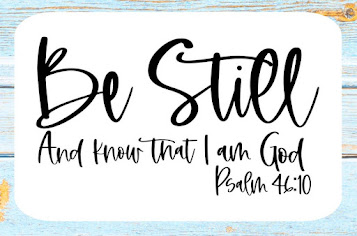 In my devotional time this morning, I found myself reading and praying through Psalm 46, where the psalmist writes, “Come and see what the Lord has done, the desolations he has brought on the earth. He makes wars cease to the ends of the earth. He breaks the bow and shatters the spear; he burns the shields with fire.” Or as the devotional author suggested this be rewritten in today’s language: “He breaks the assault rifles and shatters the drones; he burns weapons of mass destruction with fire.”

Which feels like such a helpful reminder for my soul, at a time where our world is embroiled in conflict – with the most current and personal happening right now in Afghanistan. As you all know, our country suffered a great tragedy this week as 13 of our military service members were killed in a terrorist attack outside the airport in Kabul. And while the immediate response of violent retribution against the perpetrators, terrorist group ISIS-K, might have been justified in a worldly sense, President Biden’s use of the book of Isaiah to justify this violent reaction was extremely troubling. He’s not the first American leader to do this and won’t be the last, but it was still vastly misguided and needs to be called out.

Psalm 46, amongst so many other places in scripture, reminds us that the way of God is always one of peace. What we come to understand most clearly through Jesus’ depiction of God, is that God is a creator of life, not a taker of one. God has always sought to bring about shalom in our world, a right ordering of all that is so we can properly live in harmony with God, each other, ourselves, and creation.

And it shouldn’t surprise us then, that the very next line after this anti-violent section of Psalm 46 is one of the most well-known verses in all of the Bible: “Be still, and know that I am God” (Psalm 46:10). Because the proper response to violence isn’t the clamor of more violence, but a peaceful silence in the presence of God. When we are riled by the din of destruction, we must untangle our unsettled hearts and remember what is ultimately true about our God-soaked world.

Which, I understand that peaceful non-violence is counter-intuitive and easy to doubt its potential effectiveness. But, to be honest, violence and retribution aren’t exactly solving our world’s problems either, are they? So what do we have to lose in giving peace a shot? Or, as John Lennon so beautifully articulated: “All we are saying is give peace a chance.”

The psalmist’s invitation is to trust the God of peace enough to calm our warring hearts and choose a better way forward. When we’re confronted with conflict and tempted toward retaliation, the only godly response is one of quiet humility, where we still our hearts and mouths, remember the shalomic calling of God, and intentionally choose peace and forgiveness over anger and revenge.