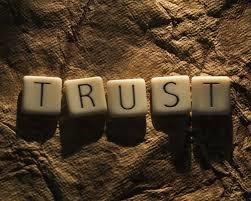 I’m probably no different than everyone else, but when difficult and tenuous situations arise, I can pretty easily fear the worst while allowing my anxiety to surface and my blood pressure to rise. I like change and embrace newness, but the unknown is still quite scary and unsettling. I much prefer it when life is smoothly and simply streaming along, without hiccup or hindrance. I dread dealing with difficulty. I fervently fear failure.

So, when our childcare worker at First Baptist, Rachael, announced to me a month ago that her family was moving and she would be leaving in June, I dreaded the human resources nightmare of hiring her replacement. We’ve had a hard time finding good people to care for the kids at our church—striking out left and right. We’ve sometimes gone months without filling that position. We’ve hired people we were excited about only to have them quit before they started. We’ve had employees that were good, not great. But Rachael has been incredible, and I feared trying to replace her.

But God continues to teach me about trust.

We had listed the position on the web and were receiving some interest, but none of them seemed qualified or right for the position. And my cynicism, fear, and anxiety was growing. But then, out of nowhere, our Administrative Assistant at the church said she would ask a friend if she was interested. To be brief, she was interested, her resume was spectacular, the interview went great, and Ali will be starting as our new Childcare Worker on June 17—with only one week of gap between employees.

Why don’t I trust more often? Why do I let my fears get the best of me? Why do my fantasies almost always conjure up the worst possible scenario?

One of my favorite verses of scripture as a kid was Proverbs 3:5 – “Trust in the Lord with all your heart; and lean not on your own understandings.” I too often think I know how things are going to happen. I’ve been burned in the past, a project went badly, or a task was terrible – so I just assume that it will be the same the next time. I lean too heavily on my own understandings.

But God is helping me learn to trust him with all my heart – even through simple things like hiring a new employee – and I hope He will be patient with me, because I’m not a very quick learner.
Posted by Jason Bowker at 4:35 PM