What Are We Forming? 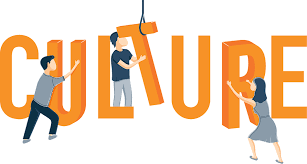 In short, we could form a cult or a culture.

And I most certainly prefer the latter. I’m proud to serve a church of difference and diversity—where we aren’t all mindlessly uniform. I’m proud to pastor a church where I get the occasional Monday morning email of concern or correction over something I’ve uttered from the pulpit. While I’m most-certainly interested in forming a new sort of culture around our church—a culture of discipleship, where each of us is passionate about following Jesus with every fiber of our being—I’m not interested in anyone losing their passions and personalities in this culture-making process.

So, here’s to the probably-problematic and potentially-painful process of forming a new culture at our church. May we remain committed to the good news of God, the beautiful way of Jesus, and to communally working out our salvation with fear and trembling. But may we not become disheartened by difference and disagreement, because we’re shooting for culture not cult.
Posted by Jason Bowker at 11:30 AM