The (Peaceful) Hero We Need 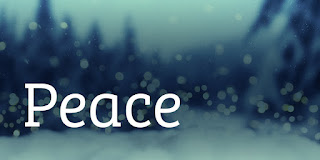 In a world rife with anger, retaliation, violence, and war, we desperately need people of peace—both historic and current—to guide us into nonviolent ways of being human together. In a period where the most wealthy, powerful, and famous people in our world too-often ascend to their station through greed, corruption, lies, and deceit, we need new sorts of heroes—from both the past and the present—to demonstrate and steer us toward a better direction.

I’m suggesting that one such historical figure is the biblical character of Esau.

For those unfamiliar with the earliest stories of the Bible, Esau was the oldest son of a man named Isaac…but only by a few seconds. Esau had a twin brother, Jacob, who was born grasping his heel, desperately striving to emerge first. It was this act that earned Jacob his name (which means ‘trickster’), but this trick would pale in comparison to his future hijinks. Two deceitful stories stand out.

The first devious and dishonest deed came in the form of Jacob robbing Esau of his birthright for a mere bowl of soup, as his brother died of hunger. Jacob took advantage of Esau’s desperation, stealing from him the blessings that were promised to the firstborn son in this ancient culture. Jacob’s second fraudulent feat was pretending to be Esau (all the way down to wearing fur on his skin to emulate his hairy brother) in order to trick their father into blessing him instead.

Jacob was a cheat and a swindler—and his actions could have ruined Esau’s life. In fact, Jacob assumed they had; which is why he runs away in fear of Esau’s wrath and freaks out when he’s coming home and hears that Esau is marching out to meet him, with 400 men at his side. Jacob is terrified, devising a plan to split up his camp so Esau can only murder half of Jacob’s family. He trots out to meet his brother, prepared to offer him a massive peace offering and perhaps meet his death.

But instead, when Esau saw Jacob from far off, for the first time in years, he “ran to meet Jacob and embraced him; he threw his arms around his neck and kissed him. And they wept.”

Esau was a person of peace. He had been angry, but he learned to forgive. He didn’t harbor his bitterness, waiting for his opportunity to exact revenge. He showed mercy and love. And even more, when Jacob offered Esau a peace offering of flocks and herds of animals, Esau’s response was, “I already have plenty.” How great is that?! The text doesn’t say anything about the quantity of Esau’s wealth, but that line seems pretty unambiguous about the quality of Esau’s life. He’s living a good life. He’s a person of peace—both internally and with others.