Who Is This God? 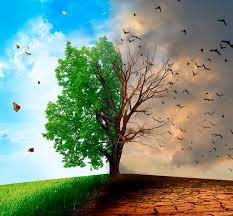 The Bible is a lot of things. But one important aspect of scripture is that it is a long, arching, metanarrative about the true nature of God. What is God like? How does God act? How is this God different than all the other gods? How does God behave differently—more just, loving, kind, and redemptive—than us, His creation? It’s one of the major, recurring themes of scripture: who is this God?

The book of Genesis offers us plenty of (often obvious) ways to think about the nature of God, but as I was re-reading the opening chapters of the Bible this past week, I noticed an example of God’s true nature that I’d never seen before.

In Genesis 9, just shortly after the flood waters have receded and Noah’s family has emerged from the ark, we read about a pretty strange, undetailed story. Noah has planted a vineyard, harvested the grapes, become drunk on the wine, and passed out, naked, in his own tent. But here’s where the text seems to leave out some details. Noah’s son, Ham, sees his drunk, naked father and tells his two brothers, whereupon they proceed to moonwalk into his tent, eyes closed, and cover his naked body.

It’s a weird story, sure, but the details we receive in Genesis don’t seem to justify the response that follows. Noah proceeds to curse the youngest son of his youngest son. For some reason, Canaan, the youngest son of Ham, is cursed by his grandfather, Noah. He wishes for him to be a slave to his brothers and uncles. It’s an odd reaction from Noah—a strange story about someone we applaud as a hero of the faith.

But if we fast-forward a few hundred years and stick with this theme of ‘Canaan,’ we catch a glimpse of what God is really like. In Genesis 12, when Abra(ha)m emerges in the story, Canaan re-emerges. When God yanks Abram from Ur and leads him to the land He will show him, that final stopping place ends up being Canaan. The great covenant of Abraham—the promise of great land, name, and people—originates in Canaan. What a crazy twist in the story!

The land of Canaan was cursed by Noah, but blessed by God. God has giant plans of blessing the entire earth through Abram and his family, and it’s all going to begin…in Canaan.

Because that’s what this God is like. He’s a God of blessing, not curse. He’s constantly taking what we mean for evil and using it for good. In all things, He’s working for the good of those who love him. He’s a God who works blessing into all the places we are prone to curse. He takes the so-called ugly, broken, no-good, overlooked, underappreciated people and places of our world and reminds them that was never what they were and they, too, can be people and places of blessing. That is who He is.

So, in our efforts to serve God and follow Christ, may we also be people of blessing—who step into the cursed places of our world and transform them into places of beauty and hope.
Posted by Jason Bowker at 4:03 PM